Buttclout - Why Bitclout will replace OnlyFans. 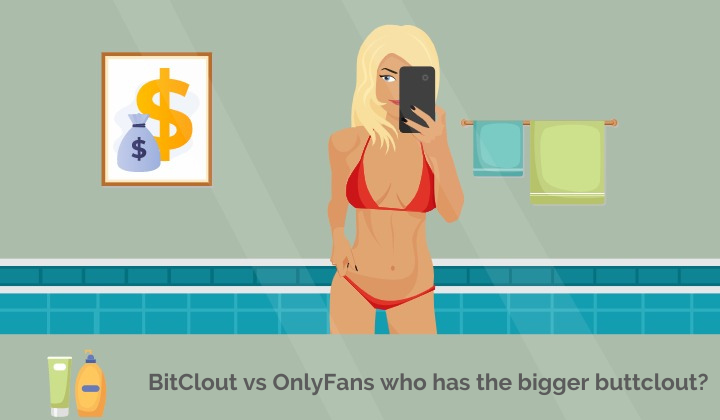 The platform was started in 2016 without having any pornographic aspirations, as the original intention was for creators of any kind with digital material to be able to charge for a subscription to their content. But soon models and sex workers began to realize its potential, and the original purpose was overshadowed.

Now, the poor chefs, graphic designers, and musicians that had an OnlyFans primarily just get weird looks when they admit they have one. But the website was a good indication of a desire to allow content creators to monetize their content without advertisers getting to decide whether they are allowed on the platform or not.

Increasingly, creators have more ways to monetize their content. A recent example thereof is BitClout, which is a social network that lets you speculate on people and posts with real money. What the application does is to turn someone’s social media presence into a tradable coin known as a “Creator Coin”. These coins work much in the same way that a stock would - if people like a creator it goes up in value, and if they don’t, it goes down.

The CRD Network has also enhanced this functionality, as now Creators will be able to “airdrop” NFT rewards and tokens to select coin holders, which will drive up demand for the Coins, as well as their price. These types of direct interactions with fans are increasingly becoming quite popular.

In August 2020, Bella Thorne opened an OnlyFans and became the first person to over $1 million on the first day of joining the platform. She also earned $2 million in less than a week! Yet despite this initial success, Bella Thorne has also recently opened a BitClout.

The main thing that drives value on OnlyFans is the parasocial relationship that exists between creator and consumer. BitClout is custom-built to create this two-way street, as coin holders can even pay to send messages to their favorite Creators.

As such, it makes perfect sense for people like Bella Thorne, who is at the top of OnlyFans to understand this and move to platforms that enable them to have a deeper influence over their fan’s lives through direct interaction. BitClout, especially with the added CRD Network-enabled functionalities, gives creators the power to create these necessary relationships.