How we make sure Elon Musk can never crash crypto again 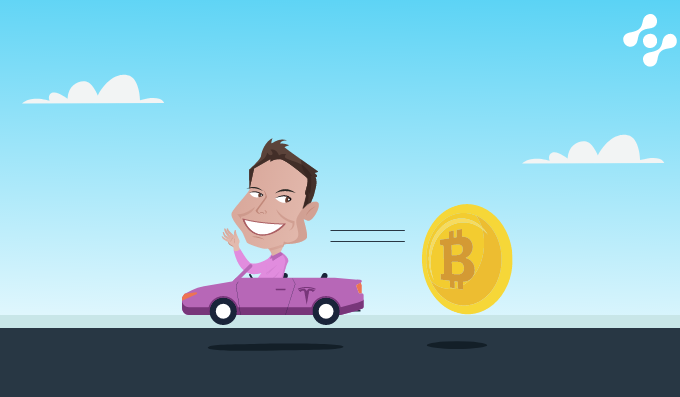 Decentralized technology was meant to free us from the typical points of failure of centralized structures - which primarily means that a single well-placed blow could collapse the system. Yet, unfortunately, this is precisely what happened with the cult of personality of Elon Musk.

It’s hardly worth repeating, but for those who just came out of the wilderness and decided to check your crypto holdings, you might have noticed that they’re down by over 36%! This happens due to two primary reasons - first is Elon, and secondly, it’s China.

This is the first of two articles, which we’ll use to cover the recent crash.

Now, in regards to Elon, he had gained the trust of the crypto community by revealing three months ago that his electric car manufacturer, Tesla, had bought $1.5bn worth of Bitcoin and would soon begin to accept it as a means of payment for their cars. This created a wave of excitement for crypto enthusiasts, as it was suggested that this would be the start of a wider adoption spree.

No such wave occurred though. Worse still, instead of fully supporting Bitcoin he then began to support Dogecoin, and for a while, the two cryptocurrencies vied for Papa Elon’s attention. But then Elon Musk appeared on the comedy show Saturday Night Live, and some of the jokes kept being at Doge’s expense - at one point he even referred to it as a “hustle”.

Before the show finished, the price had fallen tremendously. Then, a few days later, Elon began to tweet about the environmental unfriendliness of crypto generally and that began to cause a panicked sell-off in Bitcoin and Doge. At which point, Elon said Tesla would no longer be accepting Bitcoin for cars, though it remains unclear whether any cars were ever sold for crypto in the first place.

This created a cyclical loop, where people began to sell because others were selling and the price of crypto collapsed. Then, as a final kick, China announced a day or so later that it would be limiting crypto usage, though it has done so in the past under certain circumstances, so it is nothing new or a particular reason to get overly concerned about.

After all was said and done, over half a trillion dollars was wiped off from the collective crypto market cap.

Now, the crypto community is furious with Elon, as people begin to suspect that use cases and mass adoption of crypto might not lie with the billionaire. However, this is how it should be.

Decentralization ought to mean that - that the price and behaviour of the currency are independent of the wills of any one person. A single individual should not have that sort of power over billions of dollars that they do not control.

Instead, use cases should come from the community. Institutional adoption will follow once people create an offer that is too good to pass up. Increasingly, family offices (how wealthy families invest their assets) have been dipping their toe into crypto, and the major banks have been trying to capture some of that demand. The problem though is that they can only participate in regulated environments, and so they’re interested but unable to join the space.

Consequently, there is an increasingly underserved demand for legally compliant crypto environments, which would increase the wider adoption of blockchain technology. But few of the DeFi places meet their requirements

One such DeFi environment that is developing regulatory compliant use cases is the CRD Network, which is implementing a controlled space where verified users can exchange with each other in ways that are legally compliant. It has all of the benefits of DeFi, while not having the risk of landing you in jail, unlike most of the industry.

Crypto is changing and if you go in the direction of the wind before the wave strikes, you will be able to get in at the start of the movement.

But the CRD Network is about so much more than just being legally compliant! We are unveiling new use cases every few months. Especially in the next quarter, we’ll be launching several new apps that empower individuals to take control of their finances.