Why bankers want to keep you poor 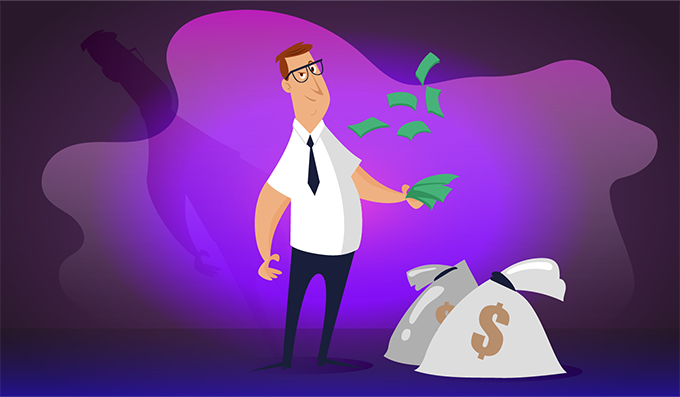 Did you know that a billionaire might have a worse credit rating than you?

As bizarre as it might seem, that’s simply how credit scores work. They’re not optimized for ensuring that people can actually repay things in a timely manner. They’re instead optimized to extract the most value possible from people.

After all, let’s imagine a bank gives someone credit to buy a house and by next year they’ve paid it off. This might seem like a good thing, but it’s quite an annoyance for the bank - now they’ll need to look for another person to lend money to, and they were barely able to charge any interest at all!

This is why sometimes repaying your debt too fast can have the perverse effect of reducing your credit score.

In other words, your actual ability to repay debt takes secondary consideration to be able to tolerate high-interest rates for years at a time and maintaining a good ROI for the banks that lent you the money. But what if there was another way?

You might have heard about decentralized finance (DeFi) over the last year, which are blockchain-based protocols that mimic the functions of traditional financial institutions (banking, insurance, investing, etc). The key difference though is that, unlike major banks, these credits are made between people.

And if there is one thing that people are, it’s impatient, especially when it comes to returns in the crypto-market. As such, interest rates are higher than you find in the traditional economy...at least in the developed world.

However, through open banking APIs, which can use your real-life financial data, and incorporate it into DeFi products, there is the opportunity for an entirely different kind of lending standards. DeFi environments, like the CRD Network, are beginning to tie your real-life identity and economic activity to that of your crypto wallet through their KYC integration.

And while, yes, you do lose some of that mythical privacy that exists in the blockchain environment, you get that much more. Now, instead of solely looking at your credit score, potential lenders can actually look at your finances, and ask you to put assets as collateral for a loan, or they can increase the interest rate.

Put simply, people are being assessed on their actual ability to repay debt instead of a willingness to get squeezed dry for years!

This has huge implications for the world, as DeFi will allow billions of people that were previously unbanked/underbanked to finally have access to capital markets. This might not sound like a huge thing, but it is. Access to capital markets and property rights have historically been the number one determinant of economic success.

We’re at the very beginning of one of the most important economic revolutions in world history and KYC integration - tying identities to financial transactions - is the first step that will begin this race.