Your taxes could disappear with blockchain tech 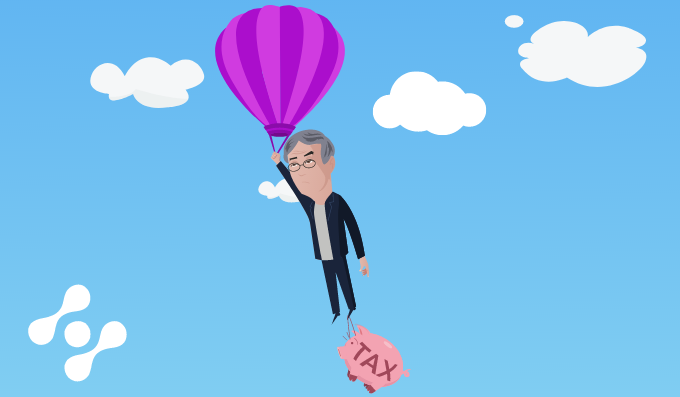 Libertarians often like to complain about where their taxes go, and they say that it’s not fair that they have to pay for services that the government offers, which they do not use. The default answer to that argument is that there was no logical way in which you can exclude people from using that service, but what if you could charge them in proportion to their use, for instance?

After all, your phone has both the ability to track where you are and with blockchain technology you can prove your identity. Let’s say, for instance, you wanted to tax people based on their usage of street lighting, or roads.

Twenty years ago this would be an impossible task. As you’d essentially have to track everyone and manually log their hours, given that the technology was simply not there. Now, what could happen is that you could set up a blockchain to address this issue for you. First, you’d need to create a system that creates an NFT, or somesuch token that contains your information.

This NFT would essentially be a non-duplicable, unforgeable means by which you could be identified, along with your tax information. Then, you could set up street lamps to ping off of your phone and log if they’ve made a connection with it. This system, aggregated over a city, would give you the ability to accurately estimate the use that a certain person made of a service, and then you could charge taxes proportionally to it. In other words, if you don’t use it, you don’t pay for it.

However, that something becomes possible, doesn’t necessarily mean that it is desirable. This suggested functionality would certainly solve an issue that economists previously thought unsolvable - that of public goods, wherein you can’t exclude people nor create a competing service.

But the issue is that you have also accidentally created a mass surveillance system to go along with it. In an attempt to solve a minor problem you have created an even greater one! In order to solve this, you might have to create a mechanism to anonymize the data and/or make it impossible for bureaucrats to access it.

That’s the danger of technology and one that we’re very aware of at the CRD Network. We’re building a DeFi ecosystem that allows you to be able to link your crypto wallet with your traditional bank account.

Furthermore, we will also be running Know-Your-Customer protocols (KYC) to be able to verify a user’s identity. Nevertheless, we have designed it in a non-invasive way that will respect user’s privacy.

This is done by adding a KYC hash into their crypto wallet address; and through the CRD Network’s identification system and Hyperledger hash validation nodes, we write into the Ethereum mainnet that they are a verified account. However, nobody transacting in the network knows who exactly is who, as it is not publicly available information, nor do we use it for anything other than to validate your identity and ensure that people are transacting with legitimate funds.

Once fully operational, this segregated DeFi ecosystem will ensure that people can transact with other legally compliant individuals and organizations, while retaining their privacy.

Blockchain technology is powerful, and it has the potential to fundamentally change society, both for good and for bad. If we are not careful, it has the potential to create a tyrannical system of control and oversight the likes we can hardly imagine. On the other hand, we can create a society that allows people to trust others and do business with them with confidence that their agreements will be respected, even if they don’t know each other,  and that is certainly a future worth striving for.

‍
If you wish to be a part of that coming future and would like to join the CRD Network, you can buy your first CRD here.